If you require further information, book an appointment or need answers to a question, please feel free to contact us by 13 13 18

Need to know more about this business, please call us during business hours or visit our website and can get more information of Australia Post by http://auspost.com.au/apps/postoffice/docklands-3008.html 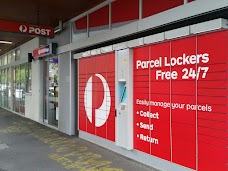 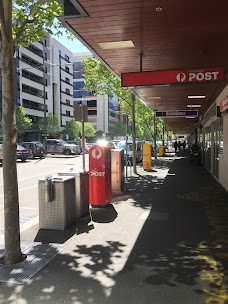 My parents had sent me a package from overseas in January 2018. I was waiting for about a month to r

My parents had sent me a package from overseas in January 2018. I was waiting for about a month to receive a package but it never came. So I assumed that once it would arrive and we missed the delivery that we would receive a card which says that we had missed the delivery. That's what they normally always do. My partner and I went away for three weeks and when we came back, we still had nothing delivered. I did not think much of it because I know I would have received a message of some kind regarding the delivery. Today, three weeks after it was supposed to be delivered, I went to the post office to check because it's starting to take quite some time. They mentioned at the post office that the package was already sent back overseas. I mentioned that they should have let us know about this. They mentioned that they did, twice. The mailman was at our door twice, and had left a note. Apparently he came by when we were away, but still, we never received any form of notification. The post office was so kind to provide me with the customer service details to see if they could do anything. I called, the first lady was very helpful but couldn't do anything for me. The second however is the reason why I'm writing a bad review. She started to conversation with how it was my responsibility to have had a track and trace code and that I should have known. I couldn't even explain myself because she kept rambling on. I tried explaining to her that we normally receive a card in our mailbox when we've missed the delivery and at the post office they mentioned that they did, but she kept going about a track and trace code and that they don't do cards anymore. Two different stories! The package was suppose to be a surprise, so obviously my parents didn't give us the track and trace code. Unfortunately for us, this was an event of miscommunication and being away. However, I feel that Australia Post could have been more consistent with letting the receivers know that their package has been delivered. I have two housemates, so they could have gotten the package for us if we had known that something was delivered. Second, customers could improve regarding treating the receivers. It's of no use saying that you only use track and trace code when that's obviously not the case. And even so, not everyone has a track and trace code, so just stick to the physical cards in the mailbox as well. One star.

I would regularly receive other people's mail to my company PO Box, so enquired about any missed mai

I would regularly receive other people's mail to my company PO Box, so enquired about any missed mail of ours. While 'fixing' their problem, Australia Post locked us out of our own, paid for PO Box. Legal action anyone?

Not fit for purpose in such a large business precinct. 15 minute long lines out the door from 11am t

Not fit for purpose in such a large business precinct. 15 minute long lines out the door from 11am to 3pm. Increase capacity immediately X

Can they make this post office bigger and employ more staff? It’s in a business district, there is

Can they make this post office bigger and employ more staff? It’s in a business district, there is always a long queue. The company needs to do its part and expand this office. Otherwise customer service is great. 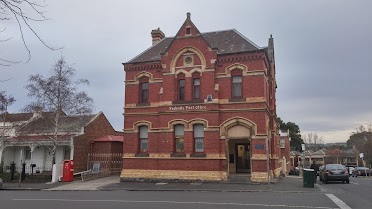