What a lovely dentist... lovely receptionists & the dentist I saw Stewart was such a smiley positive

What a lovely dentist... lovely receptionists & the dentist I saw Stewart was such a smiley positive man I felt at ease straight away,he made me feel like I was worrying about nothing ☺

I tried ringing 64 times YES 64 times in 45 minutes to try and book an appointment to be told 'we do answer the phone' ! Every time I've tried ringing in the last few months I've had to give up and try again another day.

07/07/2016 Dear The Manager / Any other Patient like unfortunate myself I had heavy pain on one of my lower right hand side tooth which started since yesterday afternoon. But it went worst within several hours so I had to call NHS for any late night dental care but she said there is nothing available until morning. I could not sleep properly all night. I called my dentist at 8.31am and she gave me one appointment at 10.35 am. I went to the dentist about 10.20am and finally seen by the dentist Mrs KKwee at about 10.45am. She checked and told me that particular tooth has got serious infection. So suggested me to take out the tooth. I became very confused when I heard I had to lose my tooth( N.B very long time ago I had to take out one of my lower left hand side tooth). I thought about it for some times and I asked her what could be the other option. She said I could take some antibiotic to recover the infection but she also said, this infection will come back again and again unless until the dentist take that particular tooth. Therefore to avoid future nightmare with heavy pain, I confirmed her to remove the tooth. After that she gave me one injection ; done one x-ray and asked me sit outside for a while. She called me in about 10/15 minutes times. I went in and asked her again if any other option rather than removing my tooth. She confirmed me the same she did before. Then I told her finally to process to remove that tooth. But I also told her very clearly that although she injected me ; still I could feel the pain. Then she did try to touch the tooth with one of her appliances to find out if I still feel the pain. I confirmed her that I still could feel the pain. Then she done another injection . I seen the nurse was preparing something for the operation and meanwhile Mrs KKWEE asked me open my mouth and used her appliance started to play with my tooth. I told her that it was very pain full, she started to pull my tooth although I kept screaming that it was heavy pain full. She started to put heavy pressure to take out the tooth for several minutes, I did try to stop her arm away from my mouth and I heard nurse asking me to be take my hands off from her. After her heavy pressure she finally took out the tooth but there is a crack noise of breaking my tooth. Here I must say, That Dentist did not confirm that she was going to start the process. Anyway she tried some times more with a different appliance to remove the left over broken tooth while I was under heavy pain. She failed to remove the left over broken tooth and told me she could not take out that remaining part but me not to be worried as over the time period in future it will heal . She did not give me any pain killer to take or even mouth wash to wash my mouth. I asked her give me the tooth to take home. She prescribed me antibiotic and passed me one paper to read the instruction

Not great. Some of them seem to struggle with simple fillings (I won't name personal dentist's names

Not great. Some of them seem to struggle with simple fillings (I won't name personal dentist's names) but not great! 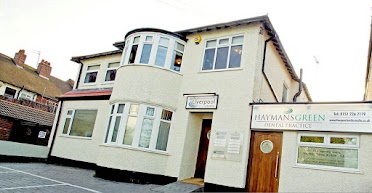