Essex Street on the BMT Nassau Street Line has three tracks, one side platform, and one island platf

Essex Street on the BMT Nassau Street Line has three tracks, one side platform, and one island platform. The side platform is used by trains coming from the Williamsburg Bridge. The other two tracks serve the island platform. The middle track, which was formerly the peak-direction express track, is now used for outbound J and Z trains over the Williamsburg Bridge on weekdays and late nights, as well as short turning weekend M trains. After a 2004 reconfiguration, the former northbound local track was taken out of regular service. It was only used for special reroutes from Chambers Street until 2010. The Chrystie Street Connection between Broadway–Lafayette Street and Essex Street was not used for regular revenue service from 1976 to 2010. On June 28, 2010, with the re-routing of M trains to the IND Sixth Avenue Line and IND Queens Boulevard Line, the connection again saw regular use for those aforementioned trains only. On June 8, 2014, another service reconfiguration occurred with the extension of weekend M trains. On weekdays, outbound M trains coming from the Chrystie Street Connection stop on the outer local track while outbound J and Z trains from Broad Street use the center track. On weekends, the configuration is reversed; since M trains short-turn at Essex Street on the center track, all J trains stop at the outer track. This station is a bottleneck for eastbound trains, which are frequently delayed momentarily at this station because the two eastbound tracks merge into one track before crossing the Williamsburg Bridge. Next to the Brooklyn-bound local track is a closed trolley terminal, which was built along with the subway station and opened several months earlier. There are about three to four tracks against a wall and eight turning loops, which were used for trolley service from 1908 to 1948 that traveled over the Williamsburg Bridge to different parts of Brooklyn. The underground terminal for the subway adjacent to the trolley terminal opened on September 16, 1908. The station originally contained only two tracks which ended at the west end of the station. It also had an additional southern side platform adjacent to the trolley terminal, with the station organized in a Spanish solution. The station was rebuilt for through service from 1911 to 1913 in order for the Centre Street Subway to extend to Chambers Street. The rest of the subway line has four tracks while there was room at Essex Street station for only three tracks and two platforms. There is provision for a fourth track to run through the trolley terminal area and join the subway west of the trolley terminal, should a four-track subway station be wanted. For many years, the elevated train service was very intensive and a fourth track at Essex Street would have been useful to handle the crowds, but at the same time the trolley service was also well patronized, so no expansion was ever proposed. This would have added a second side platform to the south of the southernmost track, directly against the trolley terminal. The island platform would have been demolished to make room for the fourth track; alternatively, the fourth track would have been constructed adjacent to the southernmost track, resulting in a 2 side-platform, 1 island-platformed station. After streetcar service ended in 1948, the former track area on the south side of the bridge was rebuilt into auto lanes with a new ramp from street level closing off the former downhill ramp to the trolley terminal. The trolley terminal itself, however, was left vacant, and small portions were converted to storerooms and an emergency exit. The vacant space is the proposed location of the Low Line, a planned underground park. Prior to 1913, the BMT station was also known as Delancey Street.

Essex Street is in the Lower East Side, the station is the final station in Manhattan going towards

Essex Street is in the Lower East Side, the station is the final station in Manhattan going towards Jamaica Center or Metropoliton Ave. Essex St is a okay station, because it is near a loud curve you should probably stay near the middle of the platform. Essex St also has a transfer to the F train and is the final stop on M trains during weekends. Some times J train will terminate here.

Essex Street in Manhattan, New York is the Last/First Stop on MTA- J/M Train depend on what directio

Essex Street in Manhattan, New York is the Last/First Stop on MTA- J/M Train depend on what directions your coming/going. This stop have a narrow platform and gets very crowded during the morning/evening commute especially during school/work hours. Both Trains goes to Queens in different directions The J-Train Runs Express in one direction in the Morning and Express in the Afternoon/Evening commute. So if you stop is local get off the next stop to go back in the other direction only during the express commute time

Hot, rats and if you need to take the J get ready to see at least three M trains before a J train fi

Hot, rats and if you need to take the J get ready to see at least three M trains before a J train finally arrives. Oh and if they both arrive at the same time or even if the J stops there first then there is 99.9% chance the M will go first. Oh and if it doesn't play the lotto.

I have seen a rat crawling on the platform. This station is horrible. Very dirty.

I have seen a rat crawling on the platform. This station is horrible. Very dirty. 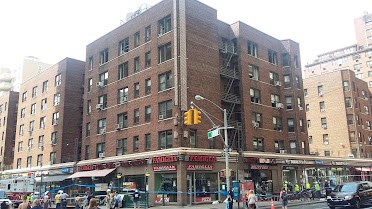 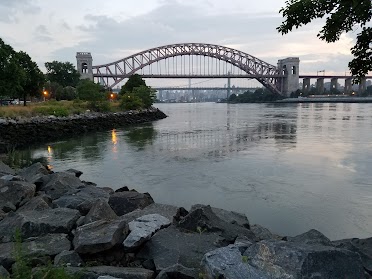 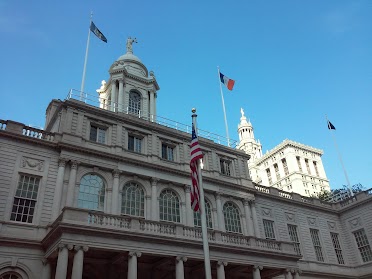 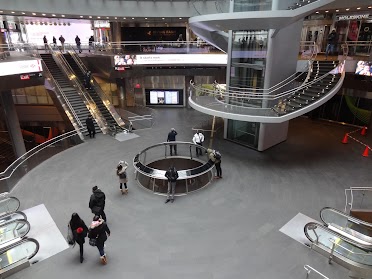