Haines Watts Edinburgh located at Q Court, 3 Quality St, Edinburgh EH4 5BP, UK We will be happy to guide you through any of the above if you are having problems or do not understand. You can Call us at our business hour at 0131 625 5151 You can get more information of Haines Watts Edinburgh by http://www.hwca.com/accountants-edinburgh/

Note: These Images are displaying via Google Maps Api, If you see any Copyright violation on our website please contact us ASAP. Attributions: Haines Watts Edinburgh

This is based in Haines Watts Edinburgh. I had a terrible experience with Haines Watts and recommend avoiding them at all costs. I engaged Haines Watts for satisfactory calculation of tax position and filing of self-assessment; neither of which have been done. I found the Haines Watts proposed tax position unacceptable and, as such, the self-assessment was never filed. I’ve now had to engage another accountant to do it all again (which is going very well with the new accountant). I tried to work with Haines Watts; when things started going wrong I formally requested escalation to higher level of staff “to review the matter and report back” which is my right per Haines Watts Letter of Engagement. This was not done when I made the request, when I made the request the same accountant that had done the original work was asked to review his own conclusions. I also have a problem with the fees. As per Haines Watts Letter of Engagement “our fees will be agreed in advance”. Yet when I got the invoice for the work done it was a 250% raise on previous year. I can guarantee that I had NOT agreed to a 250% hike in fees. Haines Watts replied that “this is in line with our fees charged in previous years”. Haines Watts are rubbish with figures if they think a 250% price hike is “in line with … previous years”. I’m in a position where the Haines Watts proposed tax position is unacceptable, the filing of the tax return has not been done, the escalation that I asked for as per Letter of Engagement was not done when I asked, and my fees have gone up 250% without the required prior mutual agreement, and I’ve had to hire another accountant to do all the work again. When I said this was not acceptable and would not be paying this massively inflated bill for unacceptable and incomplete work Haines Watts have just passed my bill over to a very aggressive debt collection agency who are threatening Court Action! Haines Watts is simply a small-minded nasty organisation with no idea of customer service, no regard for their own Letter of Engagement, haven’t delivered acceptable work, and when challenged on the bill they resort to simply being very belligerent and aggressive. Avoid Haines Watts. 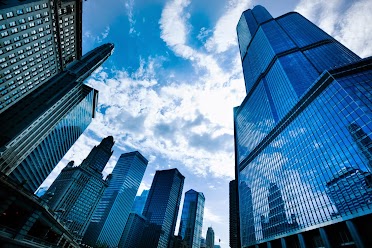