Helios Medical Centre located at 17 Stoke Hill, Bristol BS9 1JN, UK We will be happy to guide you through any of the above if you are having problems or do not understand. You can Call us at our business hour at 0117 962 6060 You can get more information of Helios Medical Centre by http://www.heliosbristol.co.uk/

Note: These Images are displaying via Google Maps Api, If you see any Copyright violation on our website please contact us ASAP. Attributions: Sarah Baker 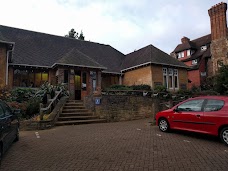 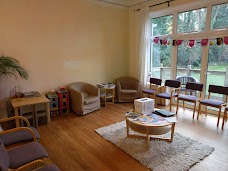 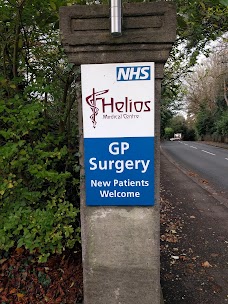 This is the Best Doctors surgery you will ever go to. The medicine is exceptional and can heal and

This is the Best Doctors surgery you will ever go to. The medicine is exceptional and can heal and turn your life around in weeks. We as a family think this is the way forward in integrating conventional medicine with Steiner medicine. This center is amazing ,people do get better and heal like myself. Wonderful calm Doctors who are there for you with a great sense of humour and very helpful nurses and reception staff. Cannot thank Dr Mulder and Harry enough they have supported me in so many ways( beautiful souls )i feel Blessed Thank you. Highly recommended

I have been with Helios since I came to Bristol in 1986 and it is a very special Medical Centre which I can only highly recommend. A friendly reception, a calm, welcoming atmosphere, I already find sitting in the waiting room and looking out into the garden a therapeutic experience. It is amazing that Helios can still offer such a patient centered and overall holistic approach and treatments for NHS patients in light of the cuts and difficulties health services have faced over the last years. Doctors can't read your mind, but they will always listen and respect you, take you and your problems seriously, will give you a professional, informed answer, pointing out all the options you have.

My rather frail, elderly mother (85) and myself came here because our last practice shut down due to

My rather frail, elderly mother (85) and myself came here because our last practice shut down due to the doctor passing away, we were there for decades...so we had to find somewhere rather quickly, I chose Helios mistakenly because basically it was closer to our home. Doctors do not listen here, they are unsympathetic, lack empathy, do not give you enough time for your consultation, ten minutes tops and even that is too much for some of them, usually beneath that time and even then sometimes they show you the door or zoom out leaving you in the patients chair, in particular the very last doctor I saw whom while I was still talking about my other medical ailments seemed to get out of his chair and walk out!? And he has an OBE?! One presumes this stands for I'm finished with you now, I'm not interested in your Duty of Care, and I am going 'Out By Exit'?! Hence OBE. He was a bit rude to do this really. They seem reluctant to answer your medical questions or concerns, or do not like if you ask too many questions about your treatment, too time consuming for them one supposes. My mother and I did not like her/our 'designated' doctor, We felt she did not care, and seemed unresponsive during our consultations, she seemed perhaps inexperienced? My mother was very ill last year when I phoned up many times to ask them to come and see her at her home but they seemed reluctant to do this, I had to call out an ambulance in the end. They seemed very keen here for 'telephoney' medical reviews rather than proper face to face consultations. Duty of Care from most of the doctors here seem sadly lacking. They are also very inclined to herbal and homeapathy treatment here rather then proper tried and tested medicine. Nurses are OKish. Receptionists can be a bit abrupt and rude sometimes, especially when answering the phones. Emails rarely get replied. One star for their nice big car park, nice majestic trees, and nice interior furnishings. We are no longer at Helios. And we registered quite recently at another practice, they are number one in Bristol apparently via the Bristol Post 'NHS-run GP Patients Survey'.