Irwell Valley Housing Association located at 48 Seymour Grove, Stretford, Manchester M16 0LN, UK We will be happy to guide you through any of the above if you are having problems or do not understand. You can Call us at our business hour at 0843 515 8240 You can get more information of Irwell Valley Housing Association by http://www.irwellvalleyha.co.uk/

Useless housing association. Have no faith in long serving tenants. They buy very cheaply and their

Useless housing association. Have no faith in long serving tenants. They buy very cheaply and their cowboy workers fix and build very poorly. Their house sales are also laughably expensive when taking into account their poor property portfolio that's situated in the more remote less-desirable areas.

I had some work done on my house this week by a plasterer called Mark, he was brilliant. There was a

I had some work done on my house this week by a plasterer called Mark, he was brilliant. There was a miscommunication with the office and the work that needed to be done but he still just got on with it and got all the work done, he was polite, efficient and even cleaned up. With me being pregnant he also moved all the items out of my kitchen without one single complaint! If all of your repair tram were this good, you would always have happy tenants! Thank you Mark!

The way I got spoke to by someone on the phone from irwell valley enforcement team Tracy brown was very degrading, didn't care for the situation I was in, I was very very poorly unable to pay my rent for a while and was in arrears and the was I got spoke to by this lady was uncalled for like I was dirt.. making me cry and very scared I was getting evicted... 16 years I've lived here and treated like rubbish only since having health problems I've been been struggling to pay my rent...

The condition of the property , is one of the factors leading to my grandson being placed in a high

The condition of the property , is one of the factors leading to my grandson being placed in a high dependancy unit , my daughter has had problems with with her health since being in the property , they did not treat here concerns in the right manor , till i got on the phone . a mangement team of 3 attended th property and they were shocked at the condition of the property . my daughter was promised a report a report for yesterday nothing has come what so ever . trying to get through is a joke to them . they pass you over to repairs which is not what we wanted the guy in there is a rude as hell as has problem need re training . my daughters house was frauduently sign off as habitable , which was a lie as the electric was hot wired , and i rooflight previous tennant had installed was not checked and this has just had a plastic sheet placed over it which has further made worse the situation , this company is not compitant and is proving it does not take the health of its residents or the children seriously shame on you

First of all i would like to say thank you to Irwell Valley & all of the staff for providing support however and whenever needed. I am no longer a tenant, however in all the years i lived as a tenant we recieved everything we needed. Sadly a couple of years ago where we lived was flooded over the chrisrmas period. It was obviously a horrible time for myself & everyone effected by the floods as homes were damaged and personal belongs damaged/lost. Irwell valley had teams of people out instantly. They worked extremely hard helping people; not only fixing the damage but with kindess and empathy too. They well and truly did their upmost in making sure myself and neighbours were safe & well. For weeks they had different teams off people out providing schemes to get peoples houses back to homes. Each member of staff not only worked hard but were lovely to have around. Irwell Valley as a whole are a great landlord & i'd like to thank each memeber of staff again. Chelsey x 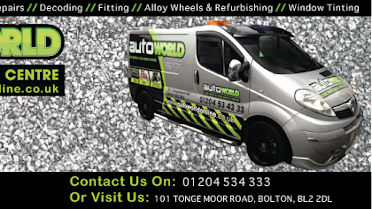