If you require further information, book an appointment or need answers to a question, please feel free to contact us by 01226 742286

Need to know more about this business, please call us during business hours or visit our website and can get more information of Kirk Balk Academy by http://kirkbalkacademy.org/

Note: These Images are displaying via Google Maps Api, If you see any Copyright violation on our website please contact us ASAP. Attributions: Alan Whiteside

I've unfortunately been here since 2013, so I know what it is like before and after the academy trus

I've unfortunately been here since 2013, so I know what it is like before and after the academy trust took over. First of all, the senior leadership team are absolutely shocking. They tend to make their decisions with looking good to the NET (academy trust) and other academy trusts on their minds, over the students welfare. The school only look for maths and English results, not caring about any other subject. I understand maths and English are mandatory these days, but they really need to start taking other subjects seriously. A student may require a subject that's NOT maths or English to get to where they want to be in the future, and the school not taking this seriously is holding them back. And when you try talking to the supposedly 'senior leaders', they do nothing but make the point of 'maths and English takes priority'. Explain why I have 2 lessons of computer science a week, and 9 hours of maths? It needs balancing out. You see massive posters when the year 11s leave boasting about their maths and English results, and never about student satisfaction, or showcasing where students went in the future. This basically invalidates their motto of 'No Limits'. Secondly, the rules them implement are notoriously strict and pointless. A prime example of this is in-between lessons, the students NEED to walk in complete total silence, and failure to do so will result in an hour detention after school. With constant stress and pressure on the year 11s, is it fair that they need to worry about pointless rules like this too? Imagine you're sat in a lesson for complete total silence for the past one or two hours, and you can't even say a word to your friend on the way to next period? And if you have your phone confiscated (which is fair enough), a parent has to collect it for you? How about if peoples parents work shifts, and maybe out saving someone's life? Ridiculous, or so I think it is. Thirdly, the staff here are leaving. The teachers who work at this school don't even like it. That really says a lot about it. It is such a mess, teachers who have worked at Kirk Balk for longer than I have been around are looking for new jobs. I HIGHLY recommend you don't send your child to this school, and you send them elsewhere. This school has to be one of the worst in Barnsley, if not THE worst.

As a leaver myself I would certainly not send any child to that school to be bullied by the staff and made to follow silly and irrelevant rules. They claim to encourage individuality when all they do is turn us into clones. We all look the same, act the same and Have our hair the same. The past five years have been hell for me and i shall be leaving on the 15/06/18 and never ever looking back. The school and a select handful of the staff are a disgrace :(

Rated 1/5 but wish I could rate less, because this school is a direct parallel to George orwells 198

Rated 1/5 but wish I could rate less, because this school is a direct parallel to George orwells 1984, with many similarities including "big Buckley" "room LG05" being two main comparisons, as well as the heavy censorship the school imposes on all individuality, caring more about my shoes being tied and my sleeves rolled down than to help me as a student taking my G.C.S.E examinations.

As a student who will happily leave on 15/06/18, I am rating this school one stars in many ways. You

As a student who will happily leave on 15/06/18, I am rating this school one stars in many ways. You may think it’s because I’m a typical silly teenager who is disobedient and doesn’t like being told what to do, but it’s nothing like that - the self proclaimed “best school in Barnsley” seem to only care about English and Maths grades as they take lessons from us that we need to pass other GCSE exams such as catering, art, sociology, resistant materials, the list goes on.. While I understand that English and maths are important and are needed to get into college, so are other subjects. Overloading our timetable with 6 hours of English, 9 hours of maths plus 15 minutes of form a day which gives us a grand total of 10 hours 15 minutes of maths a week, as well as being made to do 2 hours of Hegarty Maths and a full paper for homework and still being expected to attend ASP (1 hour after school everyday) and to go in on Saturdays. Do you not think this is too much when we only have 2 hours a week of the subject we chose to study? The ratios are so unfair and when you try to speak to someone about it, you get a rude reply saying they know what’s best. They only know what’s best to put themselves in the top 5% of schools in the UK to make them look good. How putting a bunch of year 10s and 11s in a hall and expecting us to remember a full unit of personal finance work in three hours is beyond me when we have timetabled lessons for it and they get used for science, this school needs to realise that people learn differently. Instead of looking at statistics, they need to look at individual pupils. I know people who were quite cable of passing the exam who in fact failed it by 2 or 3 marks. Explain why a teacher who is leaving (names will not be mentioned) told me that 19 other teachers, including herself, are leaving the school in September? When you ask the teachers why, they say it’s because they have found a better job. A better job meaning they “don’t have to follow silly and pathetic rules” as one teacher said. Staff aren’t even allowed freedom to teach a lesson the way they want to because they have to follow guidelines from the Northern Education Trust, sending a email on a Friday and expecting all PowerPoints to be on the new Northern Education Trust layout by the first Monday back after a half term break or sanctions will be given will put pressure on teachers as they have to spend their holiday changing everything over to a purple, over branded PowerPoint. The fact that everything in the school is purple/has the Norther Education Trust logo on is stupid and pointless. Try to focus on giving your students the best possible education rather than branding everything. Everything has to be done in silence, for example you have to walk to and from your lesson on the left and in silence, walk out of school in silence and walk to and from social times in silence or you get some silly woman in your face shouting at you, calling you disrespectful and giving you detentions left right and centre. Students are scared to do anything now because they might get detention for it! Try keeping your staff and students happy by relieving some pressure they have because of you! Teachers seem to do a better job making us follow 'academy expectations' (by handing out detentions) better than actually teaching and giving us the best chance to pass exams? SLT come into one of your GCSE maths lessons and disturb it by asking how much hegarty maths the class has done and going on a 10 minute rant about how we need to do more if they feel we haven’t done enough. Like we don't already have enough to do. If i could write more, I most certainly would! If I was you, and you are thinking about sending your child here, don’t! There is many other schools around the area what are probably better than this prison so send your child to a school like Netherwood or Barnsley Academy. 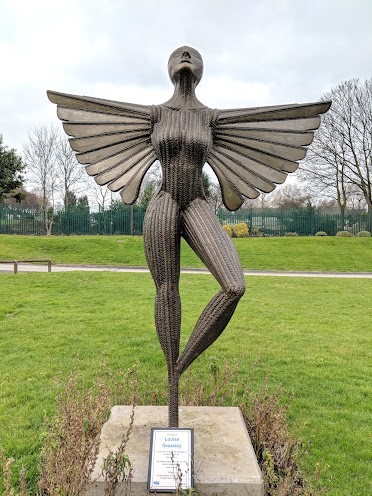 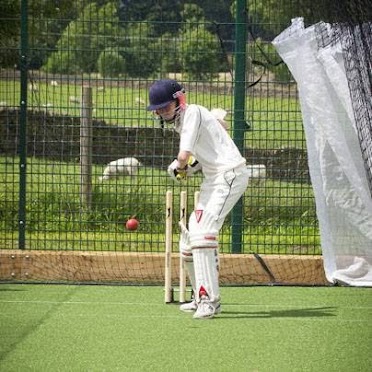