If you require further information, book an appointment or need answers to a question, please feel free to contact us by (212) 334-4222

Need to know more about this business, please call us during business hours or visit our website and can get more information of L & L Travel Enterprises, Inc., by http://www.lltours.com/home.html

Note: These Images are displaying via Google Maps Api, If you see any Copyright violation on our website please contact us ASAP. Attributions: Mickey Chiu Matthew Fair 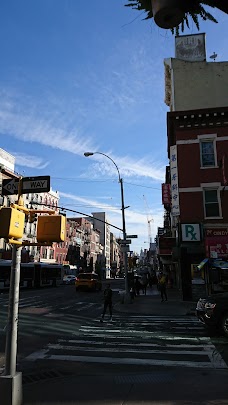 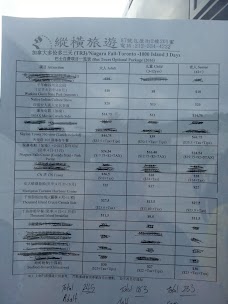 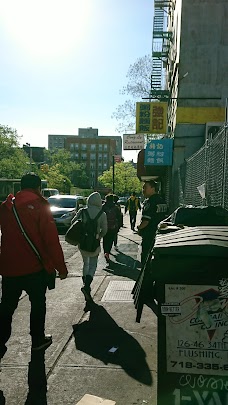 We took the 8 day tour from NYC-Canada&back to US. Since the beginning, the tour was rushed, you don

We took the 8 day tour from NYC-Canada&back to US. Since the beginning, the tour was rushed, you don’t have time for anything you just need to be everywhere for 5 minutes and that’s all. The bus driver is another story, he’s rude, unwilling to help and he thinks he’s a police officer. One man broke a bottle and as “punishment” he said no water or food on bus for everyone; it felt like children’s treatment. He should be following their policies and charge them the cleaning fee of 20$. The tour is mainly focused on Asian clients so they don’t accommodate others well. If I had a second chance I’d definitely choose another agency and you might want to do that too. One bright side, the guides are extremely nice and polite & only ones giving the agency a good name.

A friend and I took the 2 day tour to niagra falls and overall we had a pretty good experience. We d

A friend and I took the 2 day tour to niagra falls and overall we had a pretty good experience. We didn’t know beforehand that it was a Chinese tour, but everything is explained in English as well as in Chinese, so that didn’t turn out to be a problem. From reading other reviews, it seems like your experience depends greatly on your tour guide. Our tour guides Nikki and Emma were very sweet and attentive, you could tell they truly wanted us to have fun. They gave us plenty of time to take pics and enjoy the views. The bus wasn’t the best, but it was clean and fairly comfortable. The hotel was a quality inn, about 10 min walking distance from the falls. Basically our expectations were met and we enjoyed our tour. However before booking the tour, make sure to read every detail on their website. We did just that so we weren’t surprised about the 10 dollar service fee per person or about the attractions that the initial payment doesn’t include. Overall, very nice experience.

TL;DR: The entire trip was very rushed and there was no time to do anything. The trip was a waste of

TL;DR: The entire trip was very rushed and there was no time to do anything. The trip was a waste of money and all we did was sit in the bus and look at a lighthouse for 15 minutes. We had booked our tours with Jupiter Travel/L&L Tours, and the experience was horrible. I would not recommend travelling with them again. We had taken the Martha's Vineyard 2 day tour. As soon as we boarded the bus, we were handed a sheet that had terms and conditions on it that stated that they could refuse us service if we bought any other tour packages without going through our guide. We also had to pay extra fees and "tips" like all the budget tour companies. There was no tea or coffee breaks. When we boarded the bus, we were told that there would be no lunch beak due to traffic. When we handed We were also told that drinks in cups were not allowed on the bus, which meant that we could not bring coffee on the bus. The bathroom breaks were very rushed (only 10 minutes) and the bathroom on the bus was locked out. If we had to use the bathroom before we boarded the bus, we were told to pay $1 to use the bathroom inside an internet cafe. We had placed some luggage at the bottom of the bus, but when we asked the driver if we could get our bags, he yelled at us. The bus was also very cramped and there was barely any room to sit. This trip was planed keeping only Chinese tourists in mind. Before going to our hotel, we went to a buffet restaurant that only had non-vegetarian seafood options. There was a Stop & Shop near the restaurant, so we picked up something to eat from there. This restaurant was 1 hour in a different direction of our hotel, which added 2 hours of travelling time. The hotel in which we were placed in was the Baymont Inn. Once we reached there, everyone tried to rush into the tiny lobby and the guide handed out our keycards. The rooms were alright, but the hotel was in the middle of nowhere and there were no options of getting food at that time. However, the hotel's breakfast was barely anything. We had to wake up before 5AM since our bus left at 6:50, otherwise, we would not get anything for breakfast. Since out group left before the hotel's breakfast time, there was barely anything to eat. We only had bagels and some cereal. The other people in our group were very ruse and pushed us pushed out of the way in order to get their food instead of waiting for their turn. Breakfast was also served in the lobby, and we had to eat outside because there wasn't enough space. After that, we left to go to Martha's Vineyard. We were told that we would take the ferry to the island, and we would take a tour there. We got onto the second bus and drove around for an hour. We made a stop for 15 minutes and got to see only 1 lighthouse from far away. Afterwards, they dropped us off and gave us 2 hours to walk around and have lunch. The guide told us that they had arranged a seafood restaurant but did not know about the place. We left the island at 12:55PM and left on the ferry. On the way back, the AC on the ferry did not work and it was impossible to stay indoors so we had to be outdoors for the ferry ride. Once we got back from the ferry, we boarded our bus and were told that we would make only one bathroom stop after 3 hours for only 15 minutes. Overall, I would NOT recommend travelling with them because there trip felt very rushed and we did not do anything.

Not satisfied at all with the service we took when we did East Coast tour. The tour guide was speaki

Not satisfied at all with the service we took when we did East Coast tour. The tour guide was speaking Mandarin and English, but mostly Mandarin and only a little bit English which was a very bad English also. Coordination was bad, causing a lot of time wasted. Hotels selection is not good, in the middle of nowhere, difficult to find food or stuffs. Old hotels mostly, but again it's a reasonable priced tour. So hotel is still acceptable to me. Be careful with the calculations of additional tour charges like tickets. Need to count carefully.

Took the 6 days 5 nights east coast tour. Unorganized tour agency who only caters to Chinese speaking people. No info provided prior to the trip, they called themselves East Coast Holidays instead of L&L Travel on my itinerary sheet from my travel agent. A joke for a "emergency contact number" that doesn't even work and no one responds. Very minimal info for customers and they only tell you when you ask. Extremely disorganized when we got to their "luggage location". Total waste of time when we arrived at 6am into JFK airport. If we had someone to ask where we would be staying, we would've toured somewhere else than the airport and Flushing Chinatown until 1pm when we were taken to the hotel. Extremely rude of the guide and driver who were taking us to the hotel to be complaining about customers who wanted to join the night tour. I guess they didn't realize there were some who understood Chinese behind them. Lack of communication by the guide as we stood in the hotel lobby for an hour waiting to check-in. Their guides need to have better English and English pronunciation as some of the non-Chinese group members found difficulty in understanding what was being said and not everything was translated in English. Our guide was yelling at customers who called him when they were confused about something. Rules of the bus need to be laid out - why not print out a sign and post it in front of the bus as people are getting on? Drivers don't speak English either and just yell at those who are bringing on cup drinks. Funny that when we were in NY, we didn't even go to Central Park. Isn't that one of the attractions instead of the wax museum? No prior mention that food will be Chinese buffets only and to buy meals either from Chinatown or a service station. Save your money and book elsewhere unless you want to have an unpleasant experience. 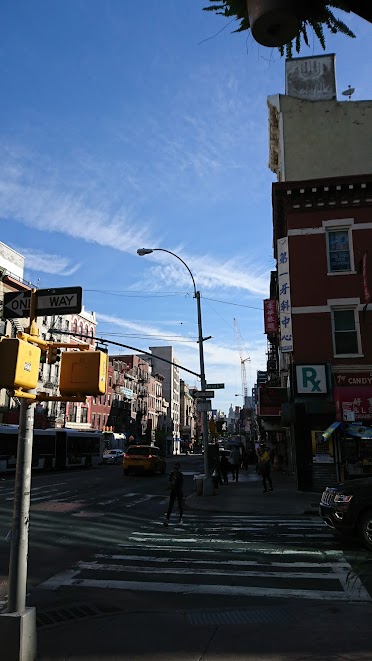