If you require further information, book an appointment or need answers to a question, please feel free to contact us by (718) 470-8100

Need to know more about this business, please call us during business hours or visit our website and can get more information of Zucker Hillside Hospital by https://www.northwell.edu/find-care/locations/zucker-hillside-hospital?utm_source=local_yext&utm_medium=local&utm_campaign=yext

Note: These Images are displaying via Google Maps Api, If you see any Copyright violation on our website please contact us ASAP. Attributions: Zucker Hillside Hospital 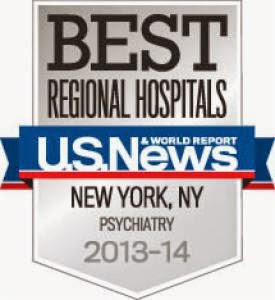 My doctor there was a bit disconcerting; they was fairly anxious whenever I talked to them and was m

My doctor there was a bit disconcerting; they was fairly anxious whenever I talked to them and was misinformed about the disorder I have, which I am now in the process of getting a correct diagnosis for. The staff were either amazing or horrible, with no inbetween. It was pretty boring there and I cant lie and say it didnt make me worse at first. It isnt the best place to get therapy, although that depends on you personally, but it did serve its purpose in keeping me alive. The only alarming thing is that one girl now suffers from nightmares as a result of how she was treated by the people there. She was strapped down in a gurney by 8 men who injured her arm in the process.

We played karaoke, wii game, watch TV, and played basketball and they serve good food there the peop

We played karaoke, wii game, watch TV, and played basketball and they serve good food there the people who worked were cool as for the patients i was with most of them were friendly to me we played bingo and card games.

The doctors there were alright. The reason for the horrible review was that they try to CHEAT YOU ou

The doctors there were alright. The reason for the horrible review was that they try to CHEAT YOU out of your money! Everytime I went for an appt, I would ask the receptionist for the amount of copay, I would pay said amount, and receive a receipt. The first several weeks were fine. However towards the end of my visits to Zucker Hillside ( I went there for several months), I began receiving nonsense medical bills from them. They were charging me twice as much, sometimes even billing me for appointments I didn't even have! The first time I called the hospital, they said it was their mistake and that I should just ignore the bills. I thought that was the end... but no, the BILLS KEPT COMING!!! I kept calling the hospital, and talking in person at the hospital but apparently no one knew how to fix the issue, they simply kept referring me to different workers-- it was an endless cycle of getting nowhere. I kept telling the hospital that I did pay my copay whenever I saw the doctor and I had the receipts to prove it but that was to no avail. I also received many different responses from the workers I talked to on the phone. One said that I was billed twice the amount of my copay because "I received DIFFERENT TREATMENT" but all my sessions were exactly the same!!! I would go in, have a chat with the doctor and leave-- there was no additional support/ help whatsoever. Another time, they said that the cost of the copay went up-- but that didn't make sense either because I would be billed $x one appt, then next appt $2x, then the appointment after that, back to $x. The workers were MAKING UP FALSE REASONS! Then I soon began receiving NOTICES FROM DEBT COLLECTORS. This point I was beyond infuriated, I COULDN'T BELIEVE A HOSPITAL WOULD TREAT ITS PATIENTS THIS WAY! I tried looking for contact info on the hospital website but it turns out... they don't list any contact info/ resources about bills other than of course, pay your bills. I kept filling out the response forms asking for the billing address and the hospital took their sweet time responding back to me. And when I did get a response, they gave me the address of a PO box. I then sent out another response form demanding the address of the billing office and not a freaking PO box and they just responded with the hospital's address. The bills mysteriously stopped SEVERAL MONTHS after I had stopped going to Zucker Hillside, maybe because I kept pestering them about the nonsense bills. PLEASE DO NOT GO TO THIS HOSPITAL --- THEY WILL CHEAT YOU OUT OF YOUR MONEY!!!

This is probably the worst psychiatric facility on the planet. They treat you like prisoners rather

This is probably the worst psychiatric facility on the planet. They treat you like prisoners rather than patients. In my experience I only saw a doctor twice and was prescribed two different medications that gave me horrible side affects and was treated with blood pressure medication to treat the anxiety caused by the medicine. The psychiatrists are young and inexperienced, they clearly don't know what their doing. Due to the adverse side affects of one of the medications they had to inject me with something to stop the muscle twitching and still they discharged me with the same medication that caused me to have the horrible muscle twitches. They also like to perform experiments with the medications rather than carefully chose a medication that can help you. They forced me into activities, I was woken up at 7:00AM in the morning even if I didn't get sleep.You HAD to participate, eat breakfast, go to group therapy etc, if you wanted to leave. You weren't able to call your parents, or reletives at times and If you didn't compile with the rules, you couldn't talk to them at all. They had this system of points that you would have to earn so that you could leave your room, eat food, talk to people or even leave your room. If you didn't participate they would either lock you in your room or make your stay longer. The only way to get discharged earlier was to play the twisted game of kissing the employees a**es and acting like a good kid to convince them that you were sane. Including getting points and and increasing your status so that you could leave earlier. They told me that I could leave in 3 days, keep in mind I was totally sane and not suicidal at the time and I believed them. Of course they lied and I ended up spending 9 days in hellWhen I was finially discharged and thank god I was discharged, I havd to to go back to the emergency room because the medication the discharged me with made me restless to the point that it was unbarrible, please don't go here, you will only come out worse and more mentally ill than you are.

Saved my life. Went to ARS in littauer building for methadone program and increased methadone over a

Saved my life. Went to ARS in littauer building for methadone program and increased methadone over a month twice a week while tapering off dog. Not like suboxone no precipitated withdrawal or any withdrawal for that matter and my councilor was very understanding and encouraging especially for the first 6 weeks when I was still using. Yes methadone is addictive but its legal and gets you out of the routine with the least amount of discomfort. Helps with pain and I was also prescribed antidepressants and sleeping aids. Now tapering off methadone with doctors supervision at my own pace. 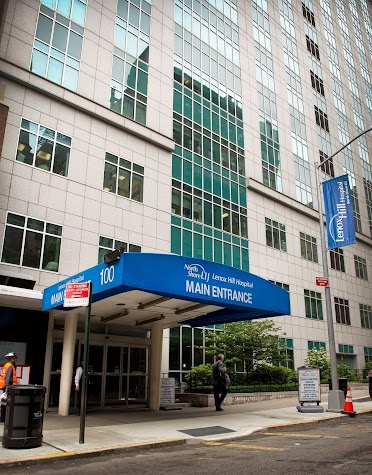 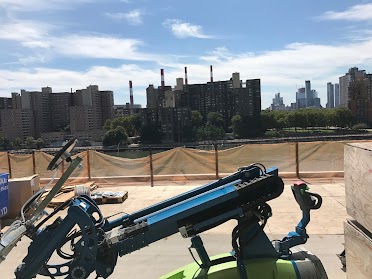